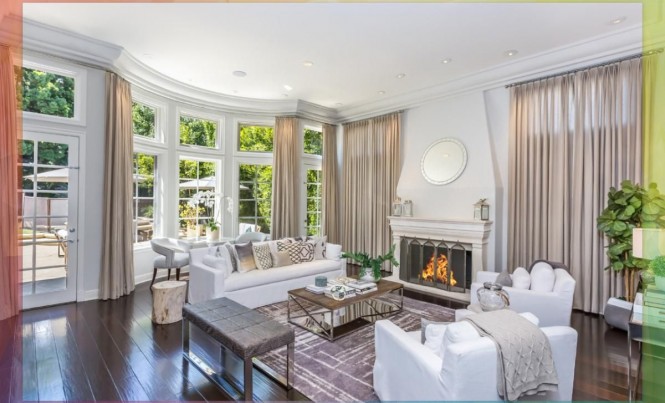 Many notable deals we handle (including a couple this week not mentioned in this newsletter) are with notable people. We sign non-disclosure agreements and try to keep their big-ticket purchases out of the papers. But over 25 people touch each escrow we close, and if there’s intense interest in the names on the paperwork, it leaks—no matter how hard we try to keep our clients’ secrets.
Case(s) in point: You may have forgotten the criminal acts which some of L.A.’s elite committed in the college admissions scandal. In a number of cases, bribery charges and guilty pleas led culprits to sell their biggest assets—primarily homes—to afford to defend their indefensible acts. This sloughing-off of real estate has allowed innocent, savvy buyers to nab great deals on abodes owned by the law-breaking title holders of some of SoCal’s hottest properties.
We’ve written here about those scandals—mostly coaches, officials, and parents—who were looking for a quick real estate exit to free-up cash. This week’s focus is on soon-to-be-sentenced actress Lori “Aunt Becky” Loughlin and her t-shirt maker husband Mossimo Giannulli who are scaling the walls out of their $28,700,000 Bel-Air compound (down from an earlier unrealistic ask of $35,000,000). Lately known around the Bel-Air Country Club (from which they resigned) as “Bonnie and Clyde,” the couple is in escrow on their home with Tinder co-founder and real estate junkie Justin Mateen for $18,000,000. Now that’s a deal admissions forger Rick Singer would endorse!
The $18M price represents a brutal loss for USC student Olivia Jade’s parents, who paid $14 million for the digs in June 2015. Lori and Mossimo spent another fortune renovating and upgrading every inch of the .69-acre, golf course-fronting property. When taxes, maintenance costs, and closing fees are considered, any remaining chance of profit for the felonious pair would almost certainly be wiped-out—along with Olivia Jade’s chances at Valedictorian.

Despite COVID-19, More Than Half of Homebuyers Are Ready to Spend. 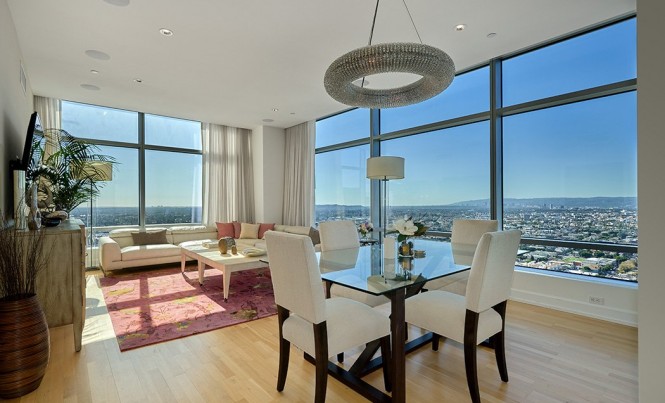 LendingTree, an online lending source, found that 53% of home buyers are more likely to buy a home in the next year, due to the coronavirus outbreak. This is especially true for first-time home buyers (73%) and millennials (66%). For all buyers who are planning to purchase in the next 12 months, their top two motivations are: Taking advantage of record-low mortgage rates (67%), and being able to save a larger down payment because of reduced spending (32%).
Nearly two-thirds (65%) say the pandemic has impacted how much money they plan to spend on a new home. Among the group surveyed, 44% plan to buy a less expensive home and the remaining 21% want a more expensive home. Among the latter group, 28% of first-time buyers say they will buy a pricier home, while just 17% of repeat buyers agree.
About 6 in 10 (61%) home buyers have toured homes virtually over the last 2 months. Another 33% of respondents said that they have yet to view a virtual tour, but they plan to do so. Additionally, 3 in 10 buyers say they would buy a home without physically touring it in person.
A great example of a state-of-the-art virtual tour can be viewed by clicking on the picture in this article, or by visiting our Brentwood listing online at 147 S. Carmelina (asking $6,995,000). 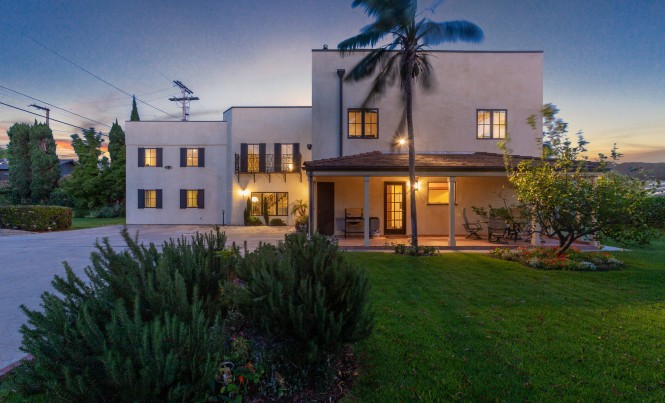 Fewer homes sold last month across The Southland, but the Coronavirus pandemic didn’t bring Southern California’s prices down. According to an article just out in the L.A. Times, sales dropped 35% month-over-month in L.A. County—more than any other SoCal county—but closing prices rose 3.8% in April to a median price of $630,000.

As we’ve mentioned in recent updates, we continued to show homes—carefully—since the beginning of the pandemic. Realtors were designated as essential service providers to their clients. There were various change-ups to what we were allowed to do throughout March and April. The City of L.A. asked that we stop showing at one point—then reversed that decision—but Beverly Hills and other cities did not. We continued to do what made us and our clients feel safe while trying to accomplish their goals.

Sales volume most likely fell due to some buyers and sellers pulling out of deals (we lost two escrows). Some sellers who didn’t have offers on their homes withdrew from the marketplace (none of ours did). Some buyers reportedly took breaks from their home searches (we attracted new buyers to the process since they had more free time to see inventory). Some buyers may also have had trouble securing mortgages as lenders tightened their requirements (which I see as a good thing for the long-term health of the housing market).

Despite COVID’s impacts, some parts of The Southland saw a rash of deals during April: San Bernardino County saw a 41.5% year-over-year increase in home sales and San Diego County saw a 8.3% increase. Riverside County’s 5.8% increase in the median home price to $412,500 was more than any other county last month. Orange County’s 2.7% increase to $755,000 was the weakest percentage increase, but that dollar figure remained the highest in the region, said The Times.

Speaking of the L.A. Times, take a look at a “Hot Property” story memorializing one of our latest listings, former home to the classic rock star, Leon Russell.

Is the high-end overheated? 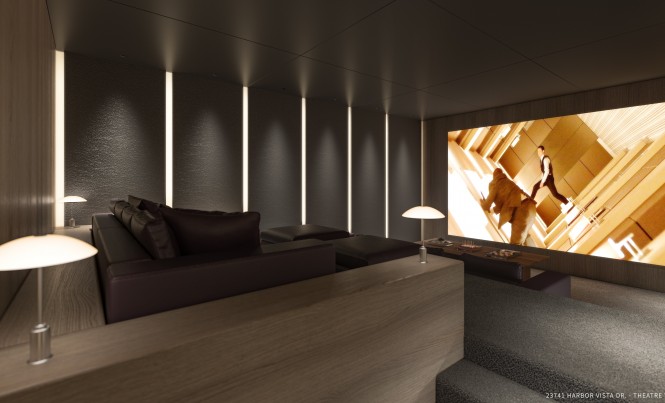 In case you were worried about them, the ultra-rich are still buying homes. In March and April combined, L.A. County recorded 82 home sales of $5,000,000 or more, including 14 transactions north of $10M.  In the same period of 2019, 85 residential sales of $5M or more closed escrow.

With interest rates hitting historic lows, high-end buyers with plenty of cash on hand are still hunting for deals. In April, Kylie Jenner made everybody feel feverish when she dropped $36,500,000 on a modern compound in Holmby Hills. The reality star got a decent discount, too, the 15,000-square-foot stunner first hit the market last year for $55M.

The luxury market received another shot in the arm in April as a Bel-Air estate once owned by former L.A. Rams owner Georgia Frontiere traded hands for a whopping $43,300,000; one of the priciest sales L.A. County has seen so far this year.

The next few months could be a unique opportunity to land a trophy home that wouldn’t otherwise be available. There are certain homes in L.A. that you’ll never see on the market unless someone dies, but recessions bring motivated sellers out of the woodwork.

During the recession in 2008, a bevy of impressive estates surfaced for sale, including Cher’s Malibu villa at $45,000,000, Nicolas Cage’s Bel-Air Tudor at $30M and Kelsey Grammar’s English Country-style home at $19.9M. In Beverly Hills, a prized property once owned by newspaper czar William Randolph Hearst hit the market for $165M.

Although inventory is down from 2019, buyers trying to take advantage of the market to snatch a prized property have options. 45 properties are listed for $30,000,000 or more in L.A. County, according to the MLS. 12 of those 45 properties have hit the market since the beginning of March, when concerns over the pandemic began to swell.

Another way the MLS is trying to push inventory across all price bands into the marketplace is their move to halt—or remove—days-on-market data, which can sometimes be leveraged by buyers into lower offers. If buyers see a property has been on the market for more than 100 days, they’re likely to seek a bargain than if something was just listed last week. Now, it’s “0” for new listings, until further notice. 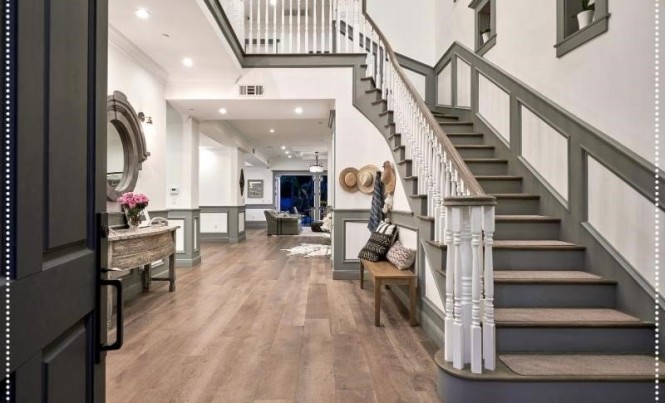 I took time over the last couple of weeks to shoot and add virtual tours to my property listings that were without them; apparently, an effort not in vain. According to the National Association of Realtors, 25% of Realtors with buyers who wrote contracts on homes this week had at least one out of three buyers do so without physically seeing the property. Instead, they relied on virtual tours, floor plans, and photographs to help them take the plunge toward home ownership. And the process is not one without precedent. Most buyers who purchase income property (duplexes, 4-plexes, and on up in unit count) do so without “seeing” all of a property’s “interiors”—until a seller has accepted their offer and notified the tenants of what’s to come. Then, they have what is called a “visual inspection” (usually done prior to making a deposit) to make sure they want to move forward with inspections, appraisals, and other contingencies.

So it is not a stretch—especially under today’s unprecedented conditions—to adopt the same process in residential purchases. You look online, tour online, I do the math, we negotiate with a seller, and, hopefully, come to an agreement—without you leaving your home. Then, the on-site process begins with masks, gloves, booties, antiseptic wipes, and sprays, as we socially-distance our way through the steps (all of which are legal and defined by the State of California as “essential” activities). To that point, Realtors have been deemed “essential” by the State, along with escrow companies, title companies, and inspectors. We, as a group of professionals, can potentially “unlock” money for our clients through our actions—which, these days, can be “essential” like never before.

What do you get for jumping through all these hoops and ducking under any number of arches? Perhaps a better deal than 30 days ago, possibly avoiding a crowded multiple offering, and your pick of the current crop of inventory (new properties are listed every day in Los Angeles).

You’ll see me and my team close escrows in our next update (contracts were inked post-COVID and contingencies have been removed), so the process of buying and selling is alive. We are patiently waiting for statistics to pass along to you, too, about what the health and economic crises will do to home values locally, and to people’s ability to buy and sell. It will be—a word I can’t stop using—unprecedented. But I have been up the down staircase before and have the experience to navigate the waters ahead—however unfamiliar they may seem.

Hoping you are safe and sound. Take care of yourself and your loved ones (with and without fur).